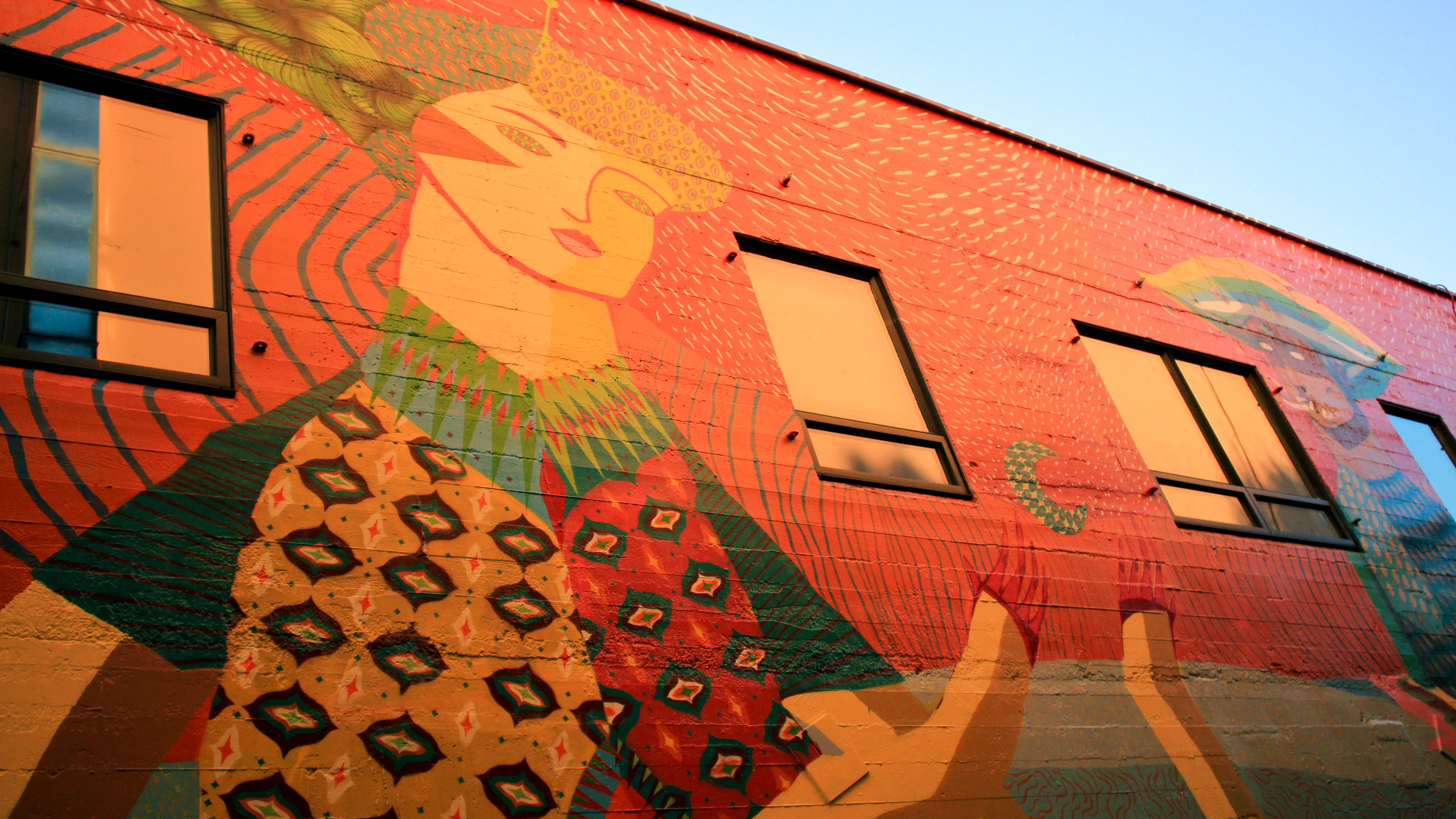 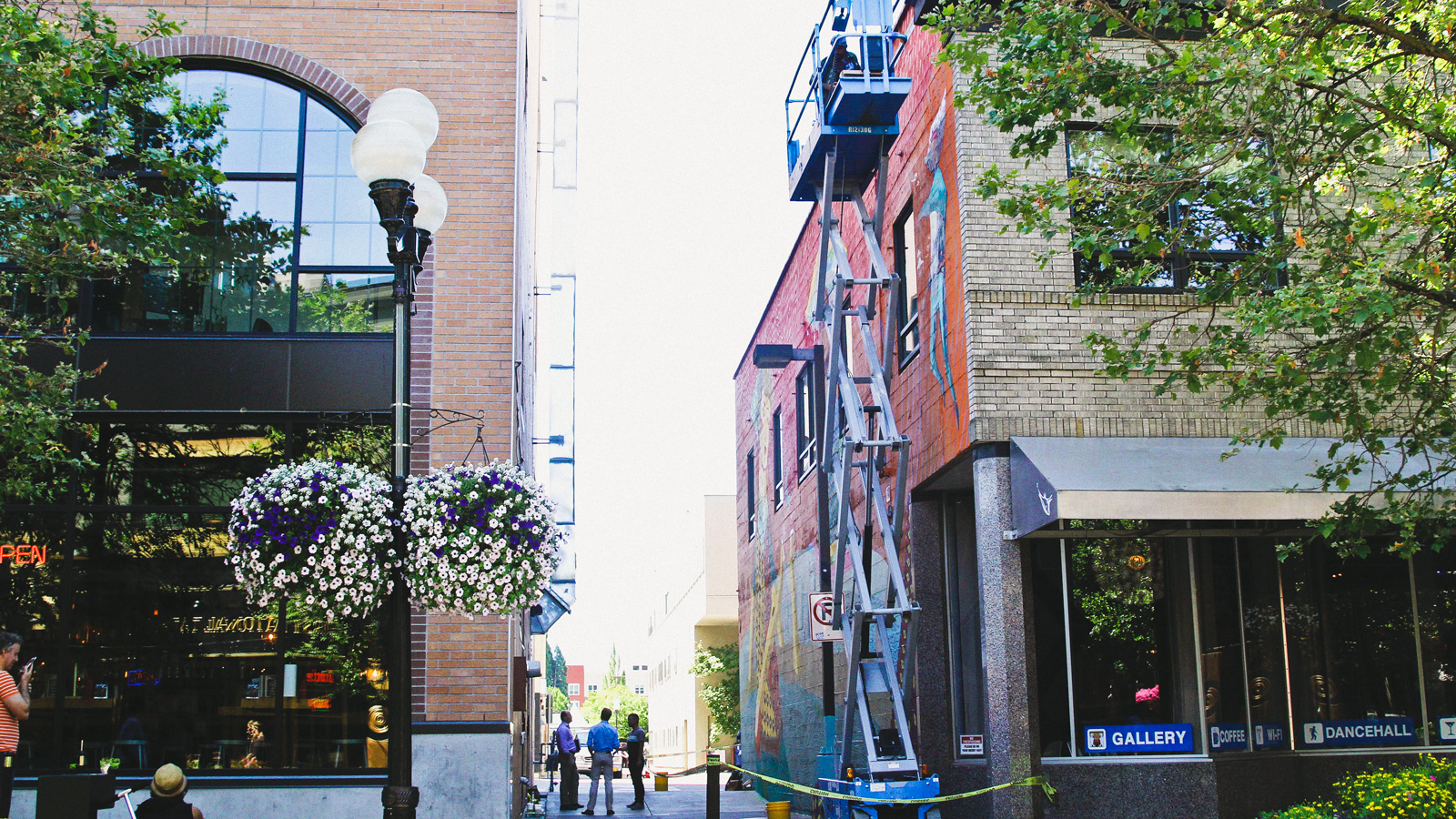 Located in the alley at 62 West Broadway on the side of the Cowfish Dance Club, the vibrant mural painted by the Brazillian art collective Acidum Project is a pleasant surprise to pedestrians passing by on the sidewalk.

Titled, “Sidewalk Games (and Kindness)”, the brightly colored mural was done by Robezio Marqs and Tereza Dequinta. The two use mixed techniques to transform their dreams into artwork filled with vivid color, brilliant patterns and obscure characters, and their June 2016 project in the heart of downtown Eugene shows all of that. They aim to create art in areas that might be considered unusable or sterile, and they transformed an alley into a welcoming passageway. 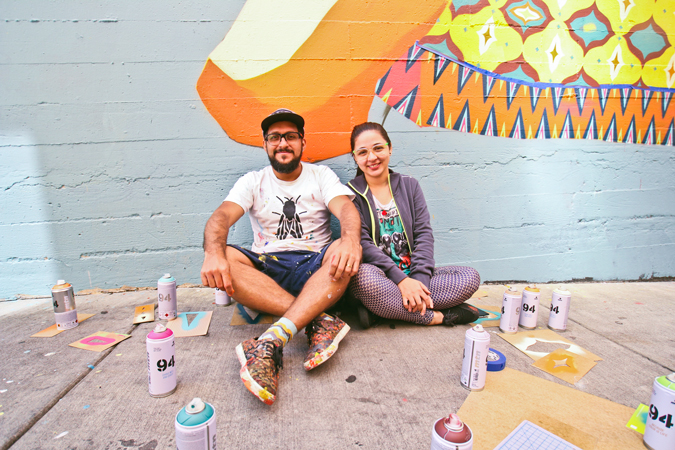 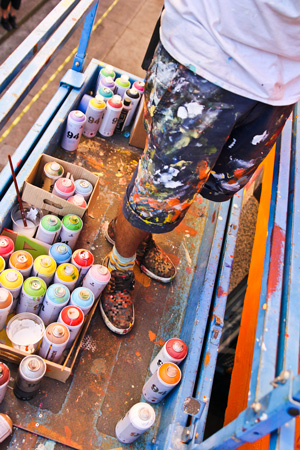 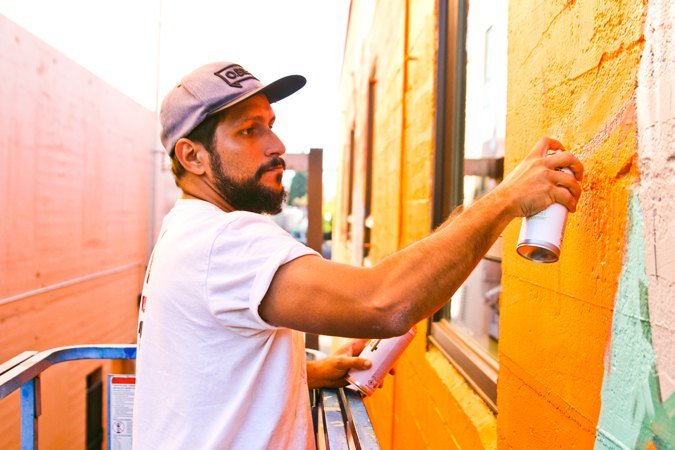 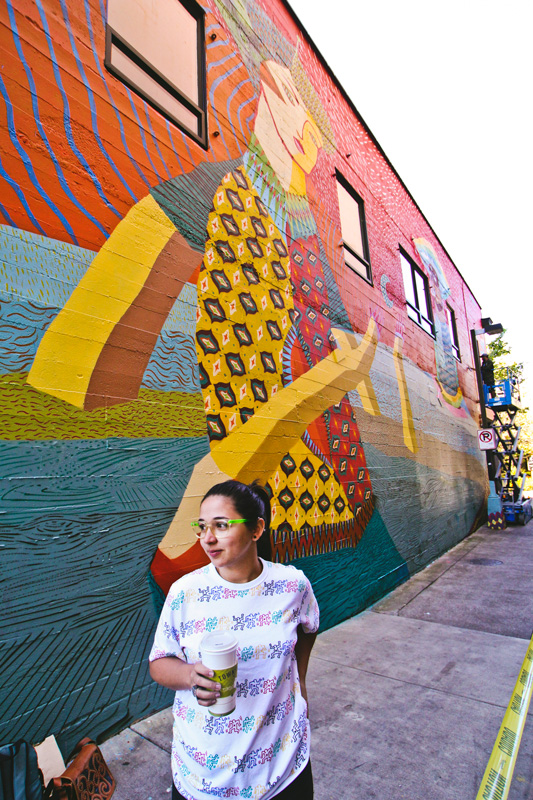 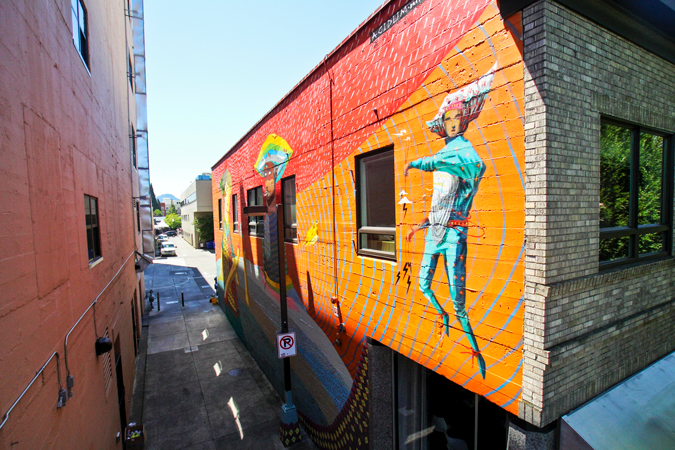 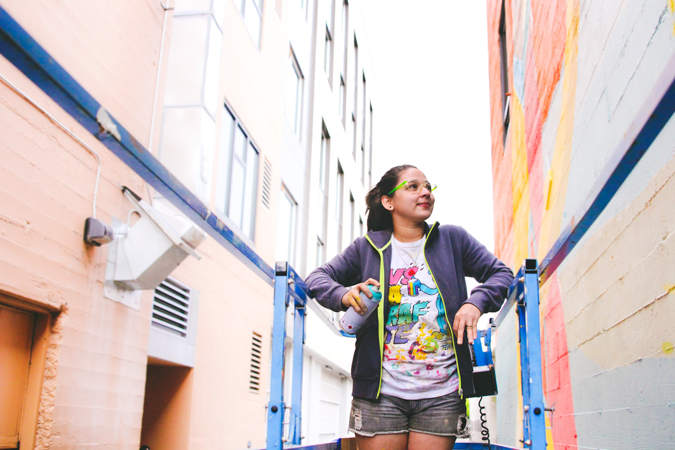