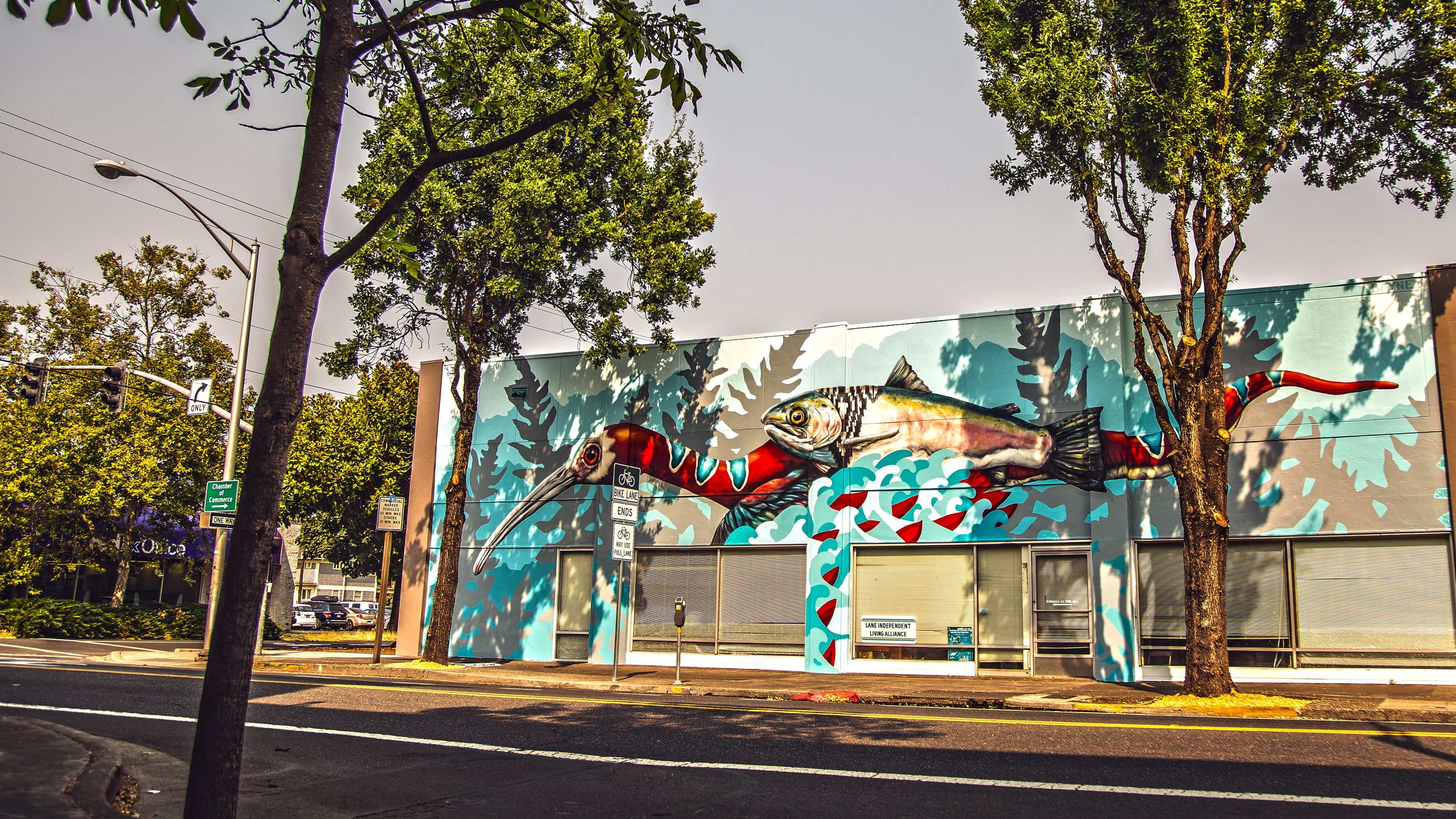 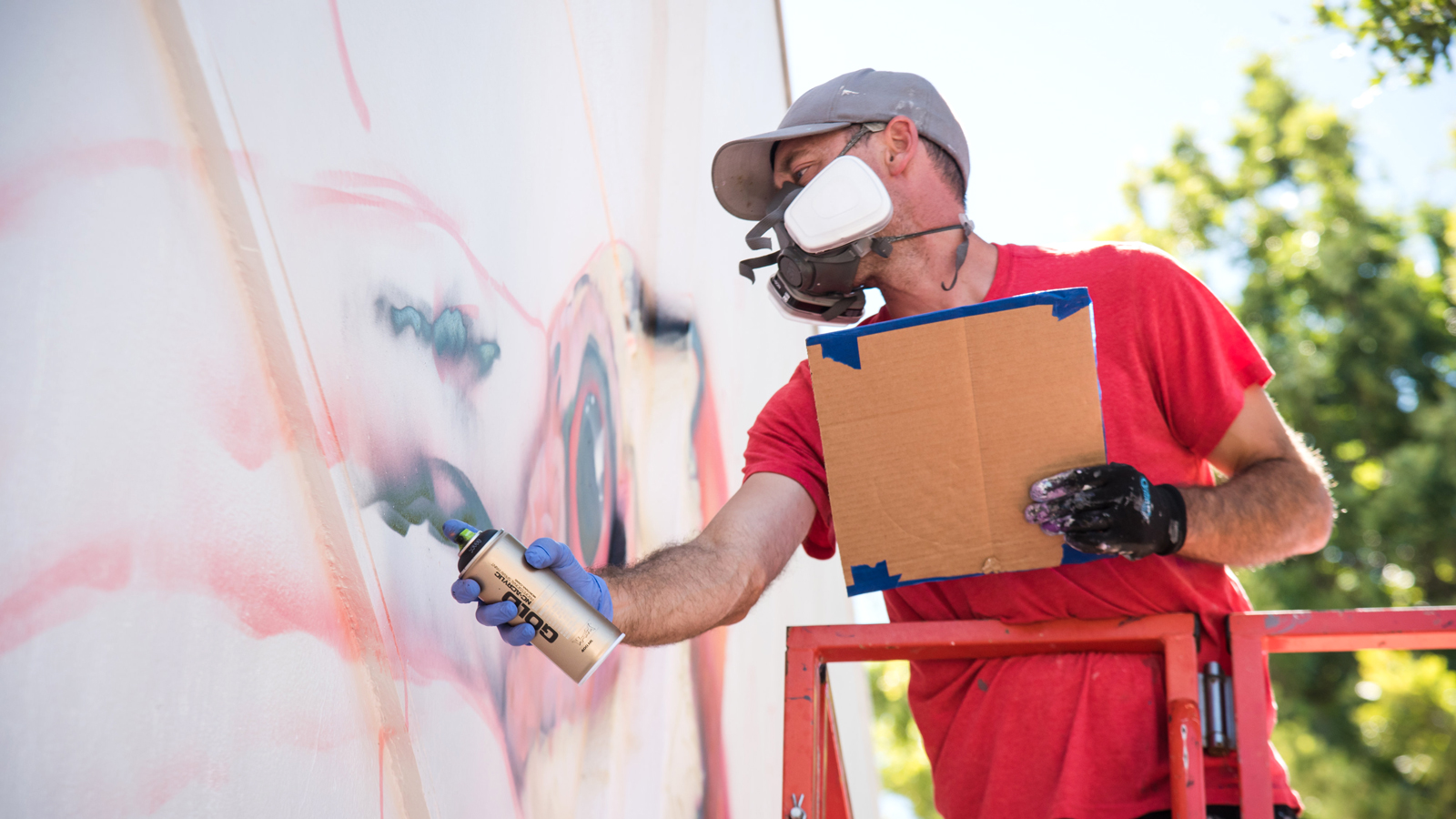 Gardner, a local artist, continued his prolific year by adding a colorful mural on the Falling Sky Brewing building on the corner of Willamette Street and 13th Avenue downtown. Gardner’s work features an ibis and a salmon and the work morphed throughout the week, sometimes including a favorite pastry of Homer Simpson. Look up and you will see a tribute to 2017 Eugene Walls artist, Dan Witz, hidden in the work. Mural watchers don’t have to go far to find another of Gardner’s works: he also painted a bonus mural for the festival at 1374 Willamette Street. There you can see what became of the bright, pink donut. 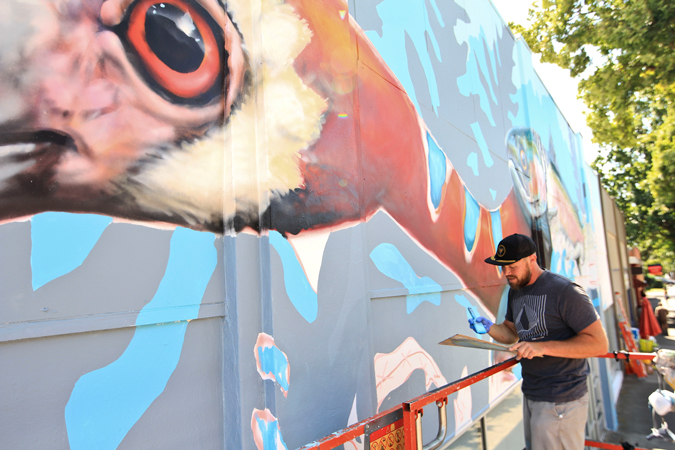 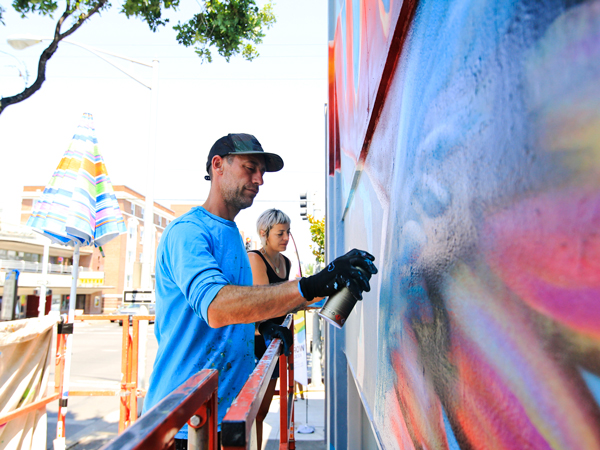 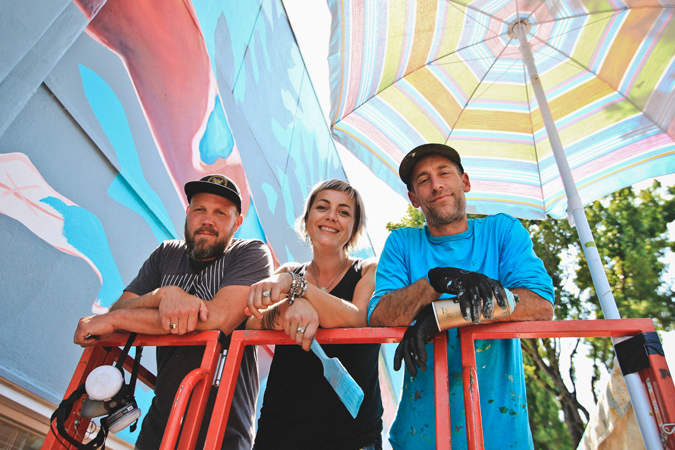