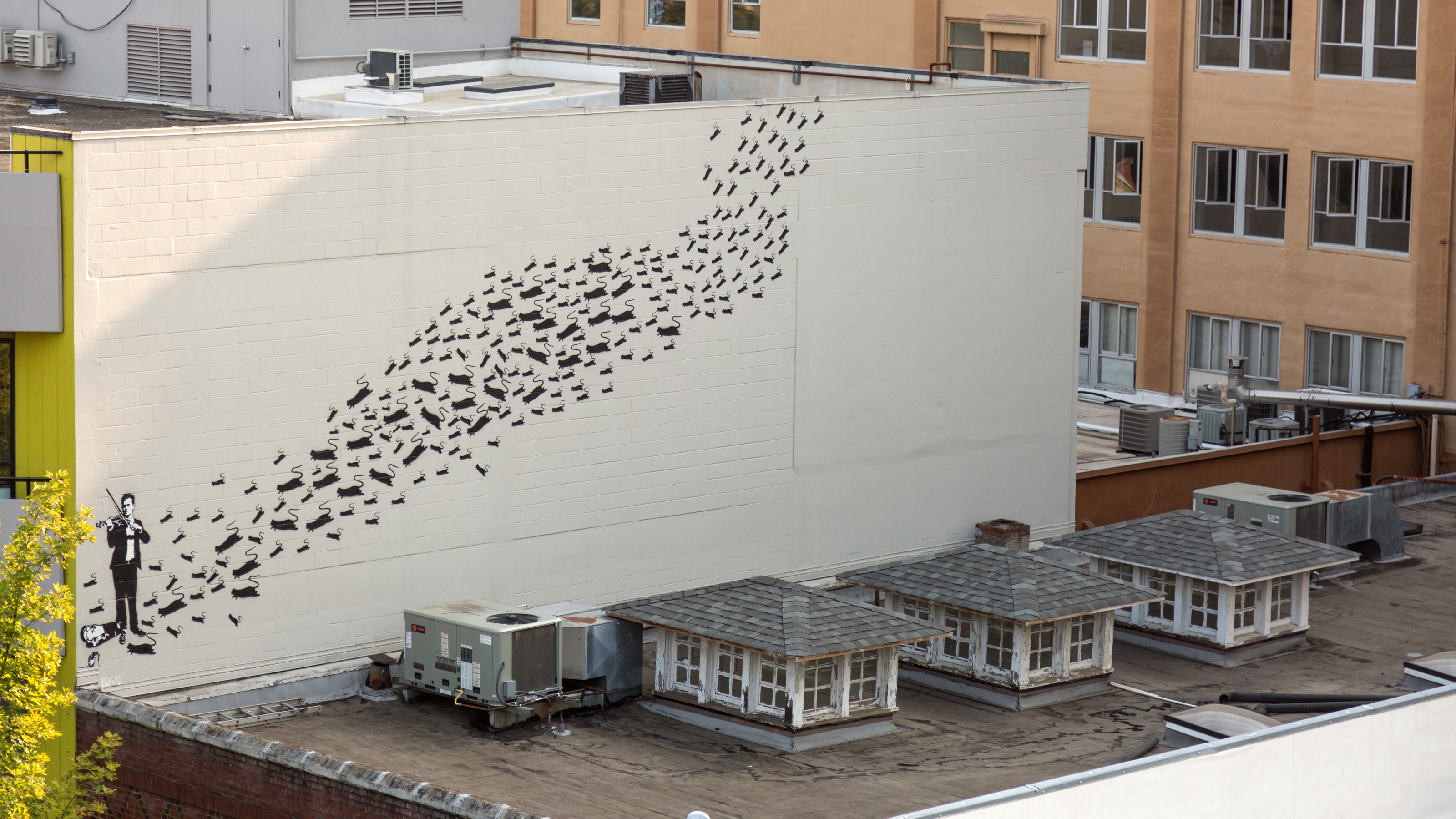 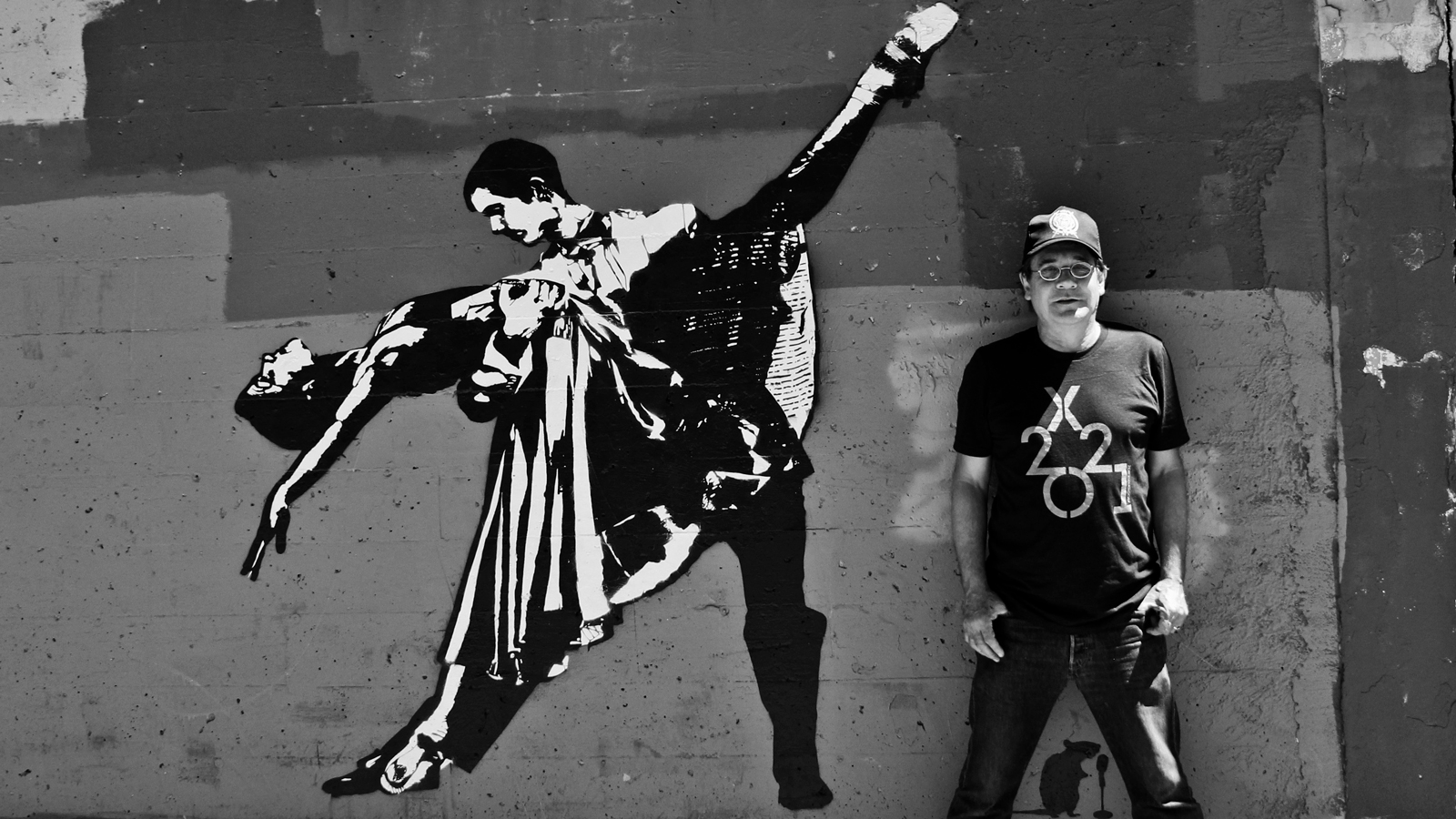 Blek’s large-scale mural, “The Pied Piper” plays his song for all Eugene to hear from the south wall of IDX Broker on Broadway downtown. Best viewed from the parking garage on 10th and Oak, this black and white stencil depicts the artist’s son playing a violin while rats run in a stream toward him. With his case of stencils and a box of art supplies on his shoulder, the Godfather of Stencil Art traversed the streets and alleys of downtown Eugene during his visit. In total, he created ten works of art in the community, though we won’t tell you all the locations. Part of the fun is stumbling upon his work on your own. 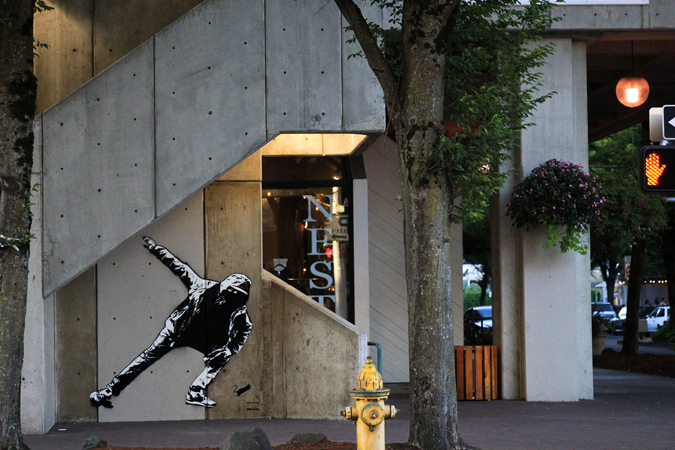 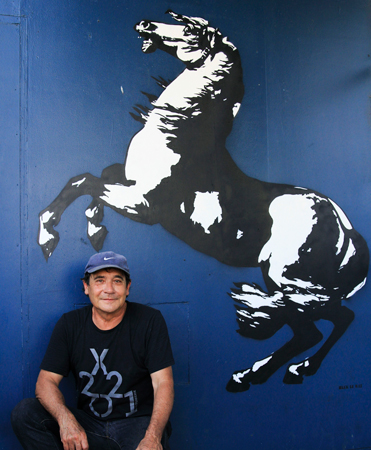 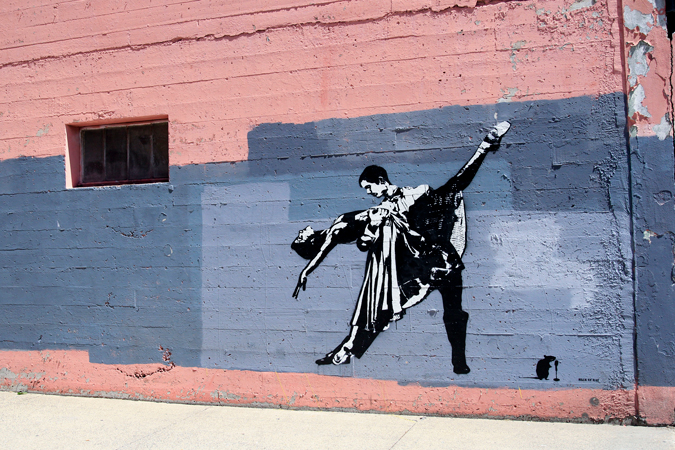 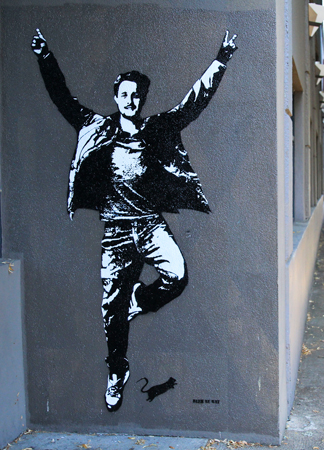 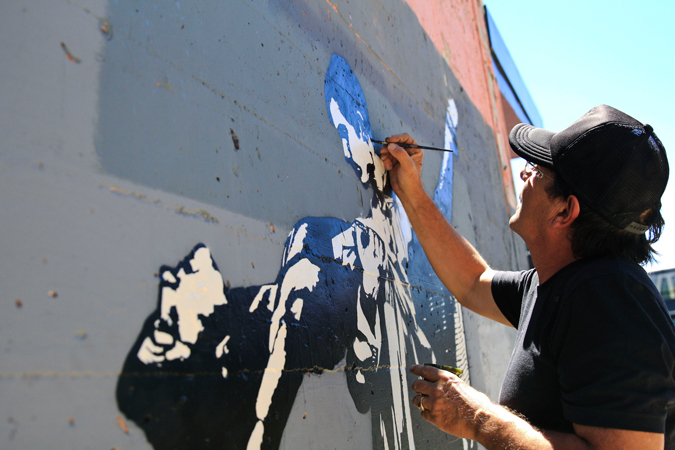 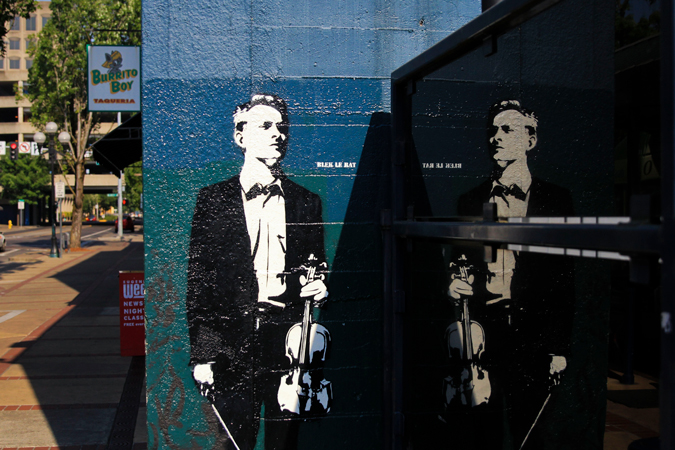