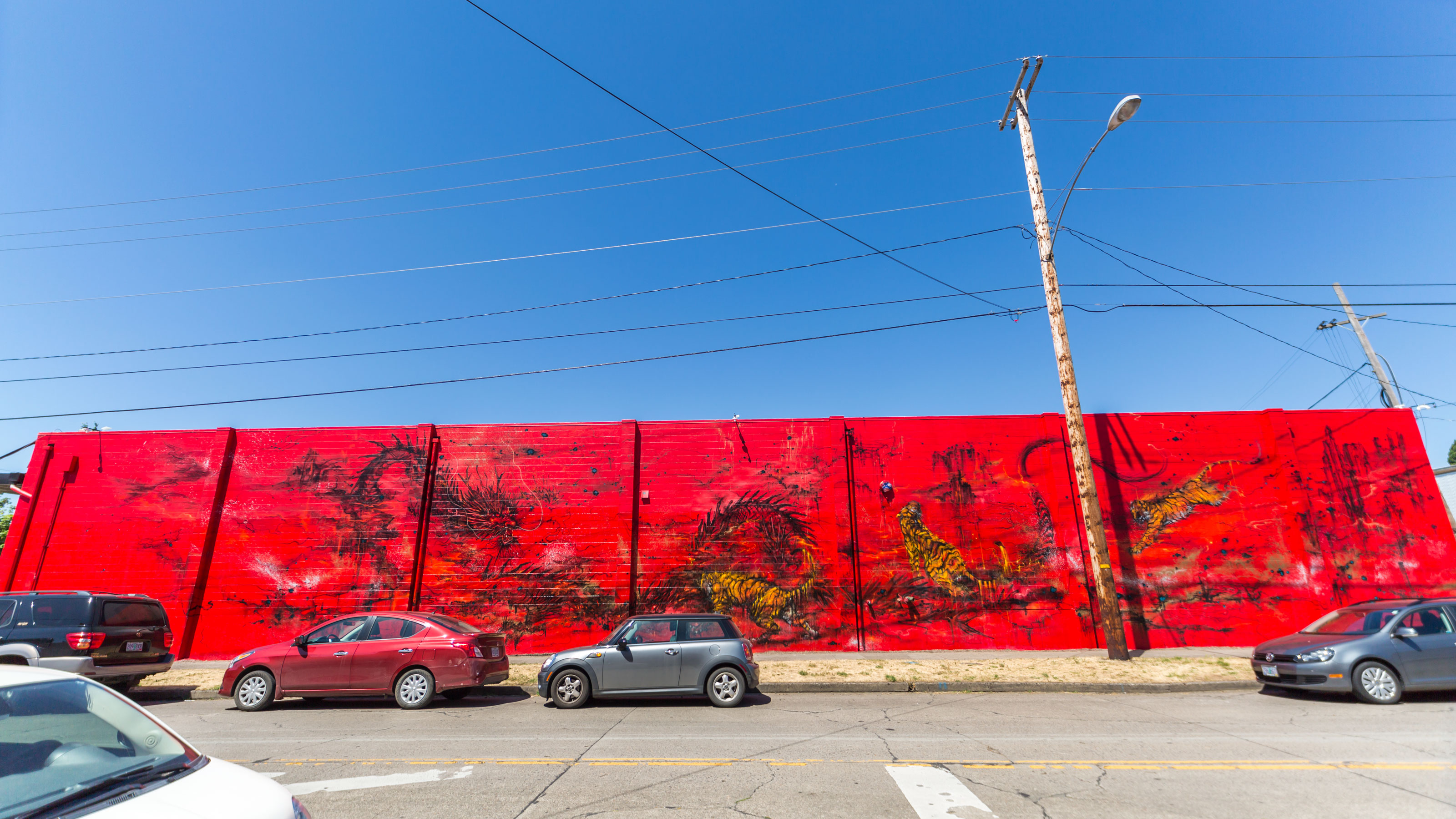 Tunan, from Guangdong Province in China, spent a week turning the west wall of Vistra Framing and Gallery’s west wall on West Fourth Avenue into a bright red canvas in which he painted an epic battle between tigers and a black dragon. He used dynamic brushstrokes and creative use of spray paint to depict motion and energy. Even something as small as black drips of paint symbolize something. Tunan says the red wall and black dragon represent Chinese luck and folklore while the black drops of paint seen across the wall symbolize the Eugene rain and the two cultures merge for a vibrant head turner. 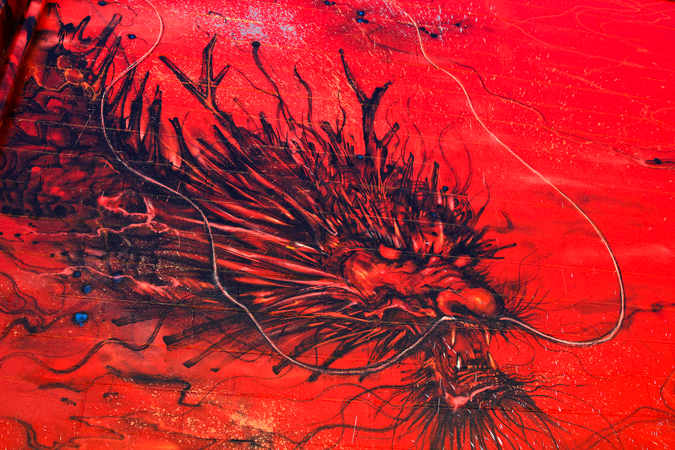 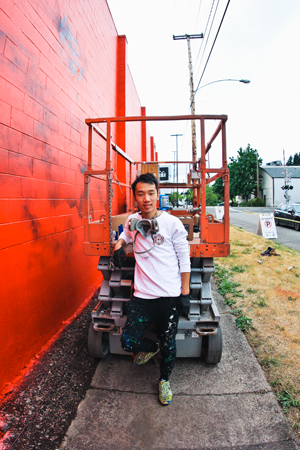 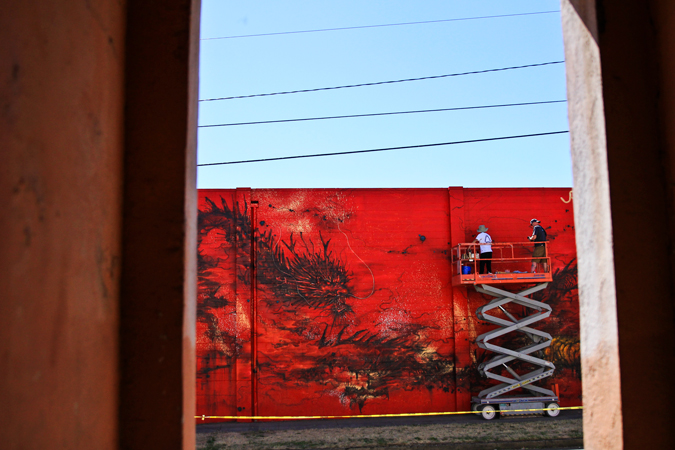