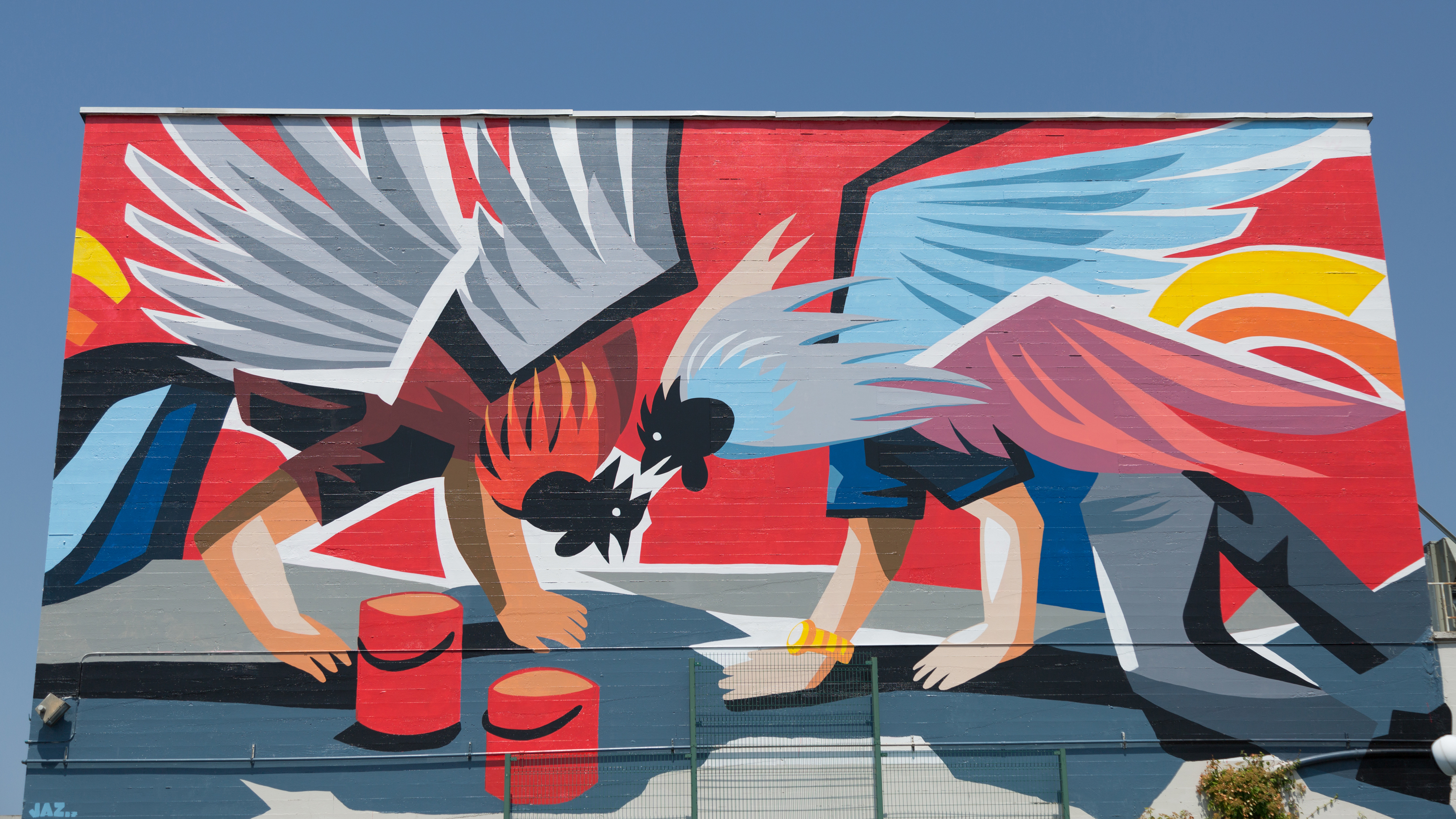 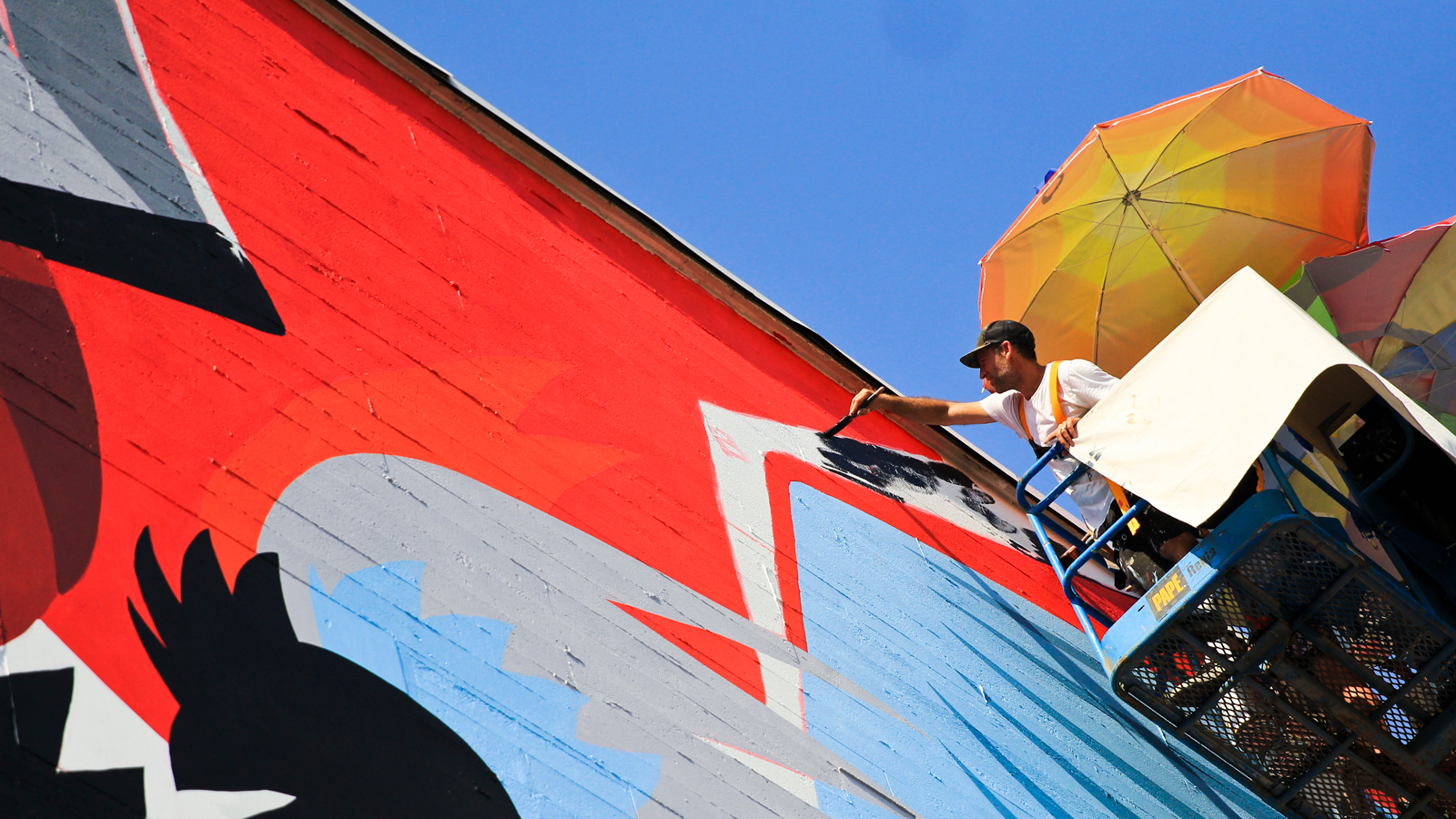 Franco JAZ Fasoli blessed Eugene with two murals during his week in town over the summer of 2017. The south wall of the historic McDonald Theatre was the site of his first creation, “Discussion about the red.” Based on a small collage he did in Spain inspired by the dialogue that takes place during art festivals, it features two people with heads of birds. Describing his grid technique as painting by numbers, JAZ — assisted by local artist Bayne Gardner — worked in the shade of an umbrella attached to the side of a boom lift to create this eye-popping work with bold colors. The piece is adjacent to Beau Stanton’s 2016 mural on the west wall of the theater.

Because he completed his work early, JAZ wanted to gift our community with a second mural if the right wall could be secured. A call to the public for acceptable walls yielded an enthusiastic response, and he painted a piece reminiscent of his early works — two half-human, half-creature beings connected by a chain. Located in the Whitaker on the side of Arcimoto on Blair Alley between Fifth and Sixth avenues, this work was created in one day. 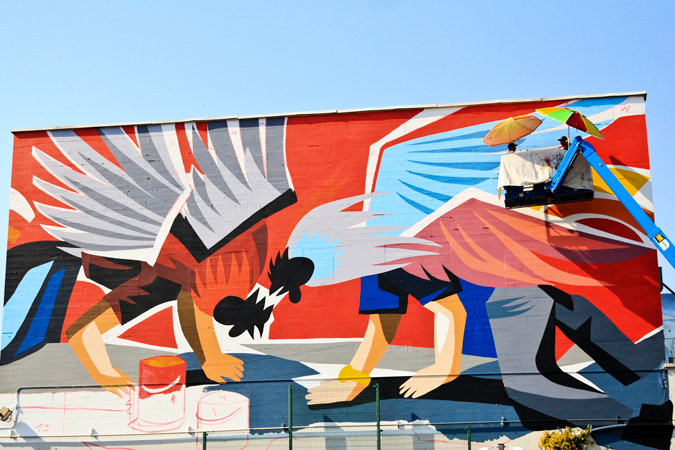 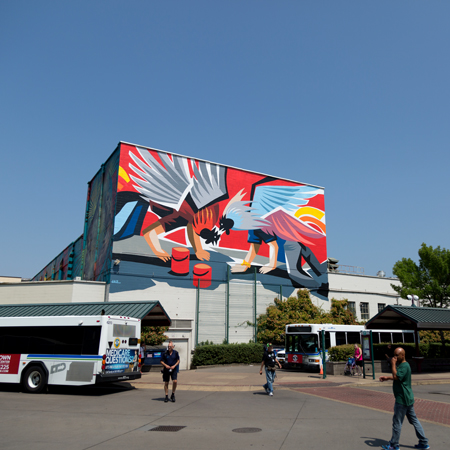 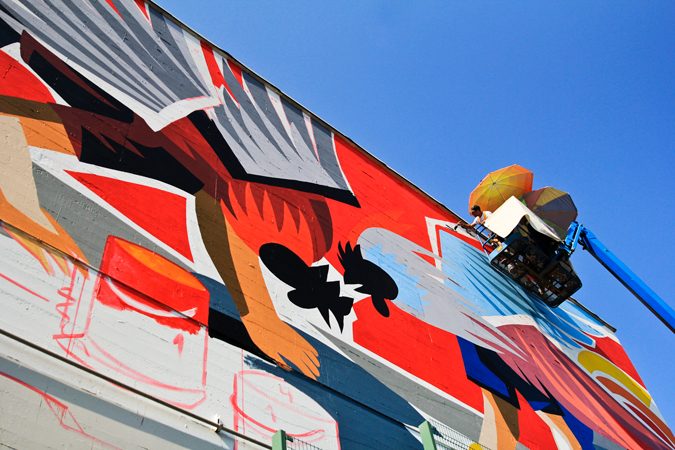