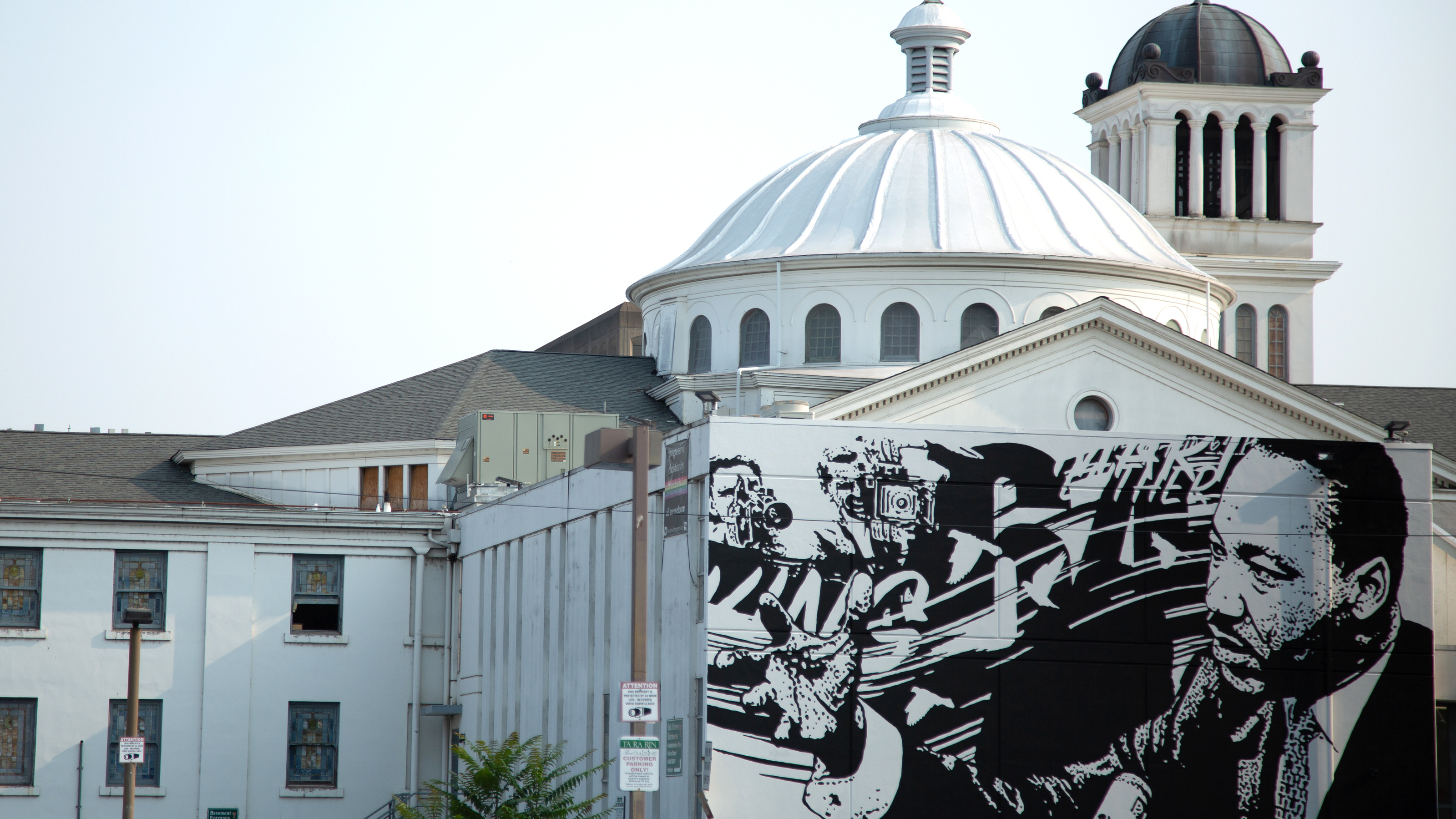 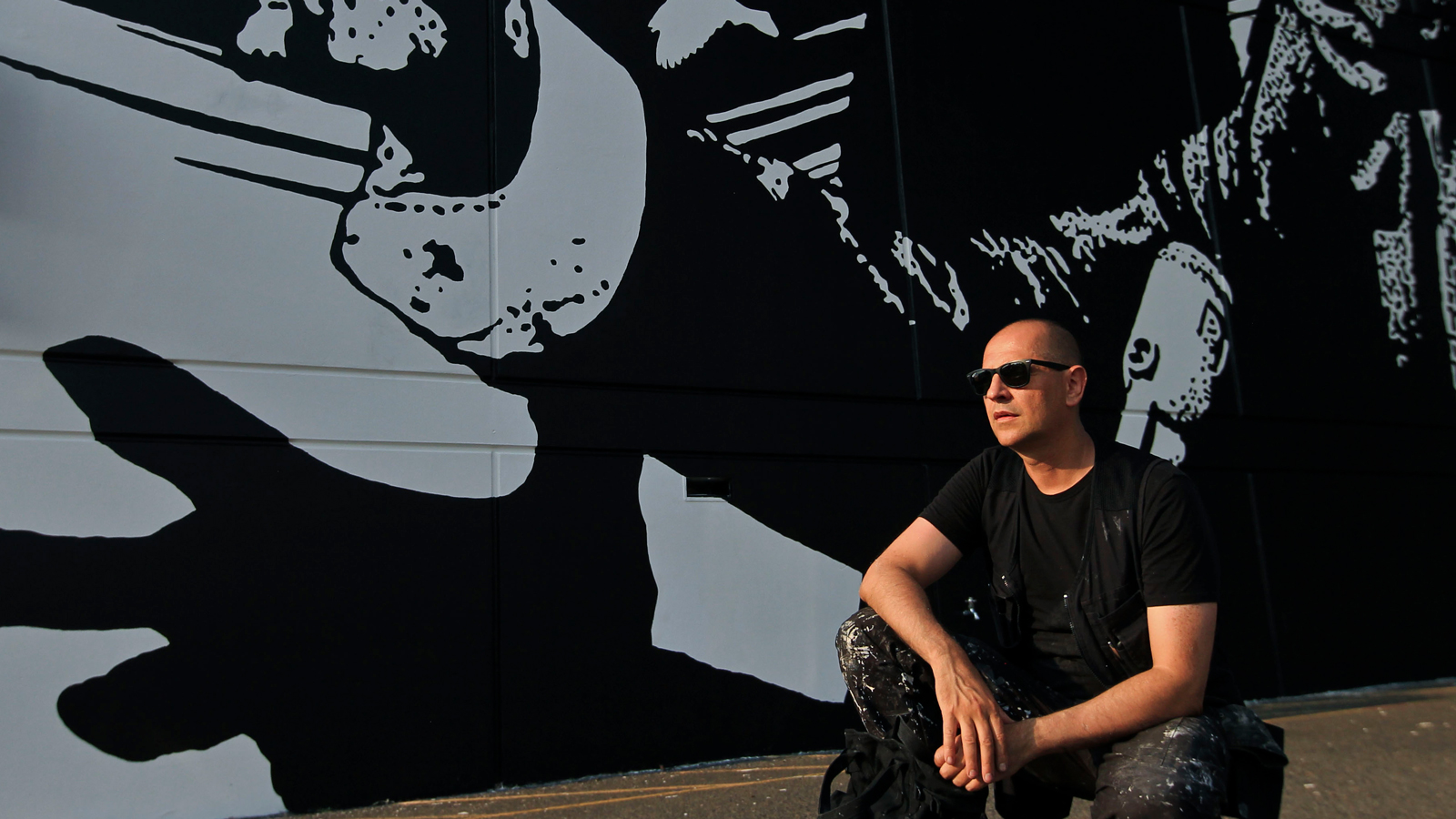 Here for only a short time, WK Interact began work on his large wall immediately after getting off the plane. Known for strong black and white works usually depicting sports or the human form in motion, WK chose a powerful symbol for his contribution to 20x21EUG Mural Project. Working on the south wall of the First Christian Church on Oak Street, WK painted a mural of Martin Luther King Jr. He chose the civil rights leader because of King’s legacy and felt it was symbolic for the current political climate. 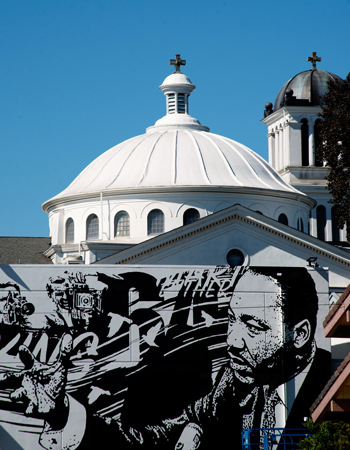 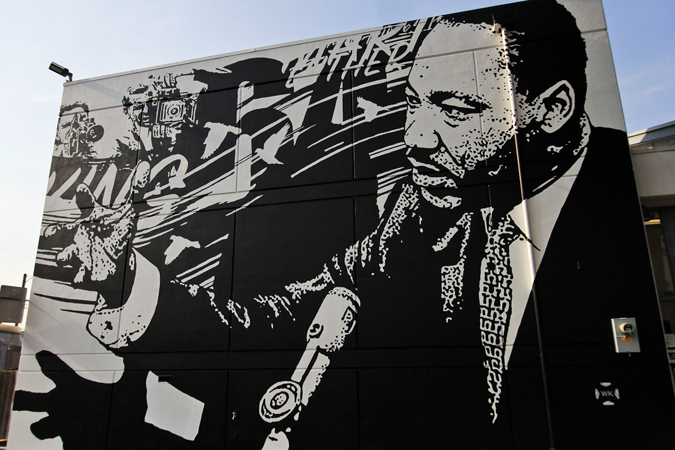 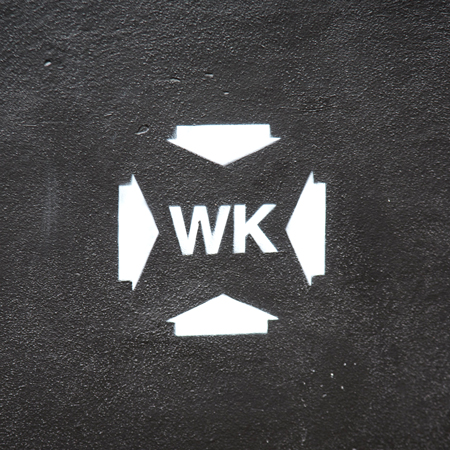 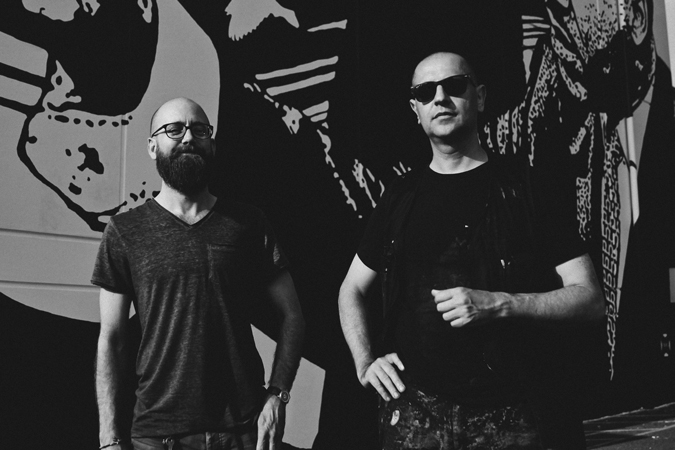 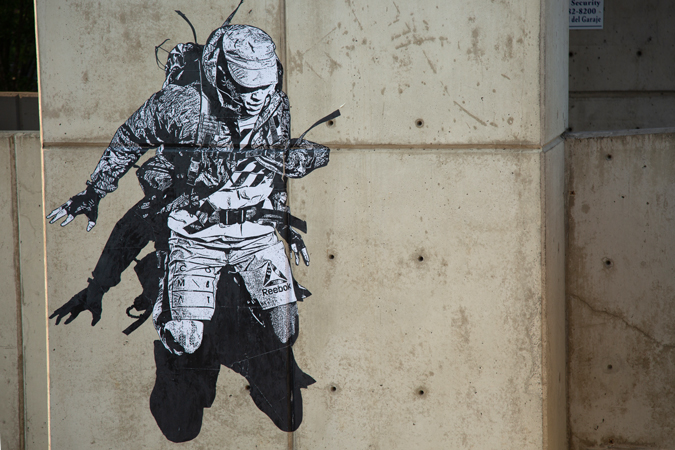